Drove down to the Rockport, TX area at the end of April to participate in a workshop with Hector Astorga.  We spent two mornings visiting the Aransas NWR rookery by boat.  We experienced very high winds and high surf but boat captain Kevin Sims did an excellent job as always.  It was quite the roller coaster ride getting to the rookery with three foot waves bouncing the small flat-bottomed boat around in the dark before sunrise.

Once we arrived at the rookery, the waves reduced but the anchor wasn’t successful at keeping the boat still so Kevin put on his waders, jumped into the water and held onto the boat to keep it from moving around.  He would then push the boat around manually when we needed to switch positions around the island.  He definitely went above and beyond the call of duty on this trip

The rookery was filled with great blue herons and spoonbills, along with a few snowy egrets, reddish egrets, black crowned night herons, oystercatchers and terns.  Most of the chicks were fairly large but were still actively being fed by their parents.

Caught this spoonbill coming in for a landing with his wings outstretched while positioned at the upper deck of the boat.  With the wind/waves, it was challenging to keep the camera steady on my tripod.  Took way too many photos but liked how this one turned out.  Very minimal cropping on the right side.  Had to crank up the ISO to 3200 to get a decent shutter speed.

A couple of Spoonbills were wondering around the pond at Bryan Beach on one of my recent trips.  Took the opportunity to get some shots of them fishing.  My usual Spoonbill photos aren’t water shots so this was a nice change of pace.  The shape of the bills work very well for fishing along the bottom of the pond.  My first photos of them actually catching fish. 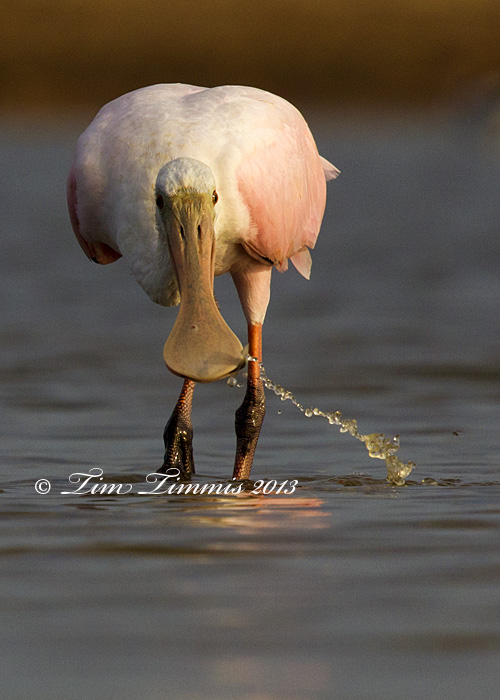 This Roseate Spoonbill was doing a nice pose while coming in for a landing at High Island’s rookery.  Was able to get his head sharp with some motion in the wings with the slow shutter speed.  It was a cloudy day but it worked for this photo.

Back to the birds, finally, as some of you are probably saying.  During my last trip to High Island, got there a few minutes late due to an accicent that had a road completely blocked off.  I was still there before the sun came up but the upper positions on the last platform were filled up already.  Had to resort to the lower platform which isn’t my favorite.

Found lots of Spoonbills flying around and was able to capture this one in silhouette as the sun was coming up.  Used negative exposure compensation to help darken the scene. 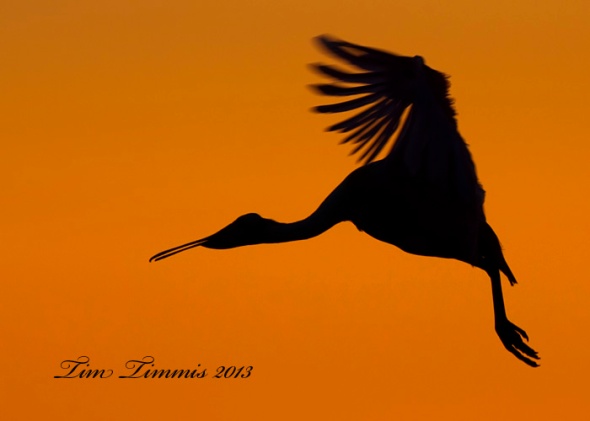 Here is another, yes another,  Spoonbill silhouette from High Island, TX.  This time there were some interesting clouds in the sky that gives this silhouette a more dramatic look.

Here is what I’d call a partial silhouette of a Roseate Spoonbill from the High Island rookery.  The body is dark but the wings are back-lit.  It works for me.  My plan was to go back this weekend but a little too much jet lag from recent trip kept me from wanting to drive 1.5 hrs to High Island.

Taken with Canon 7D and 100-400 lens on tripod with Sidekick gimbal mount, no flash.

High Island in a Blur

One of my favorite things to do at the High Island rookery is to get there early before the sun comes up and shoot blurred flight shots in silhouette.  If you can handle the pre-dawn mosquitos, the flight shot opportunities with awesome colors are almost endless.  It’s too early at that point to get sharp photos so I’ve learned to embrace the blur.   About 1/2 hr before the sun comes up, the skies are filled with birds launching from far and wide.  I typically use aperture priority, wide open, ISO 400 and +1 exposure compensation and let the camera set the shutter speed.  I love the randomness of the shutter speeds that I get and the affect on the flight shots.

Here are a few Roseate Spoonbill’s in a blur from the rookery.

Taken with Canon 7D and 100-400 lens on tripod with Sidekick gimbal mount.

Here is an early morning shot of a Roseate Spoonbill from the High Island, TX rookery.  There appears to be more of them around this year.  Most of the nesting is being done by the Great Egrets but the Spoonbills are always fun to watch and shoot.  This guy was taking off and I was able to catch some wing blur and decent light in his eye.

Taken with Canon 7D and 100-400 lens on tripod with Sidekick gimbal mount.

I’m used to finding Spoonbills flying around or nesting at the High Island rookery, so it was a nice change of pace to find a couple of them in the water at Bryan Beach a few weeks ago.  Only minor cropping on these as they were fairly close at 400 mm. 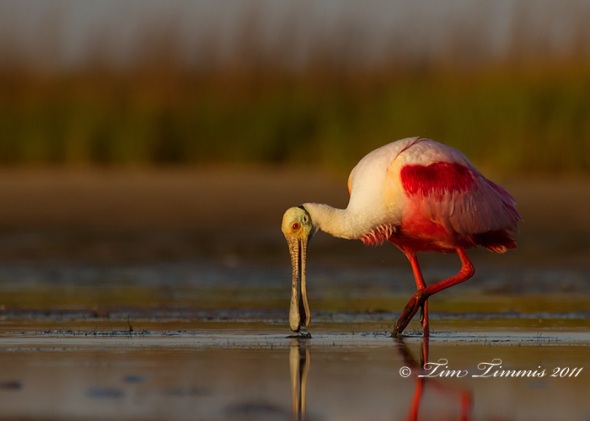 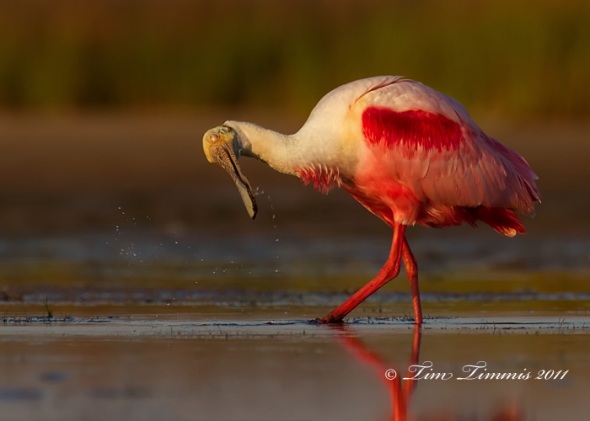