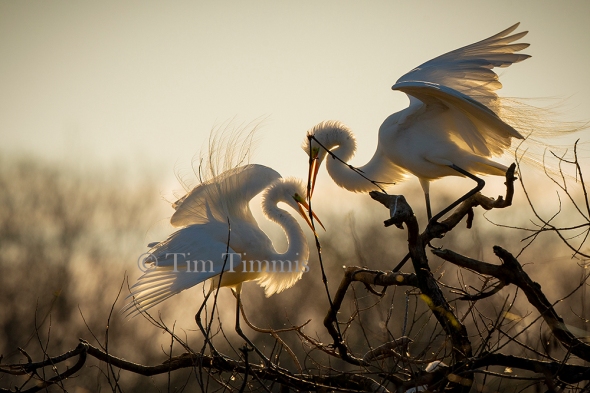 Drove down to the Rockport, TX area at the end of April to participate in a workshop with Hector Astorga.  We spent two mornings visiting the Aransas NWR rookery by boat.  We experienced very high winds and high surf but boat captain Kevin Sims did an excellent job as always.  It was quite the roller coaster ride getting to the rookery with three foot waves bouncing the small flat-bottomed boat around in the dark before sunrise.

Once we arrived at the rookery, the waves reduced but the anchor wasn’t successful at keeping the boat still so Kevin put on his waders, jumped into the water and held onto the boat to keep it from moving around.  He would then push the boat around manually when we needed to switch positions around the island.  He definitely went above and beyond the call of duty on this trip

The rookery was filled with great blue herons and spoonbills, along with a few snowy egrets, reddish egrets, black crowned night herons, oystercatchers and terns.  Most of the chicks were fairly large but were still actively being fed by their parents.

Caught this spoonbill coming in for a landing with his wings outstretched while positioned at the upper deck of the boat.  With the wind/waves, it was challenging to keep the camera steady on my tripod.  Took way too many photos but liked how this one turned out.  Very minimal cropping on the right side.  Had to crank up the ISO to 3200 to get a decent shutter speed.

Love in the Air

Made my first trip to High Island’s rookery last Monday and the birds are out in force.  Lots of activity with mating dances in full breeding plumage.  Some Great Egrets sitting on eggs already. Caught this Great Egret mating shot before the sun came up.  Not enough light to get sharp photos so went into blur mode. 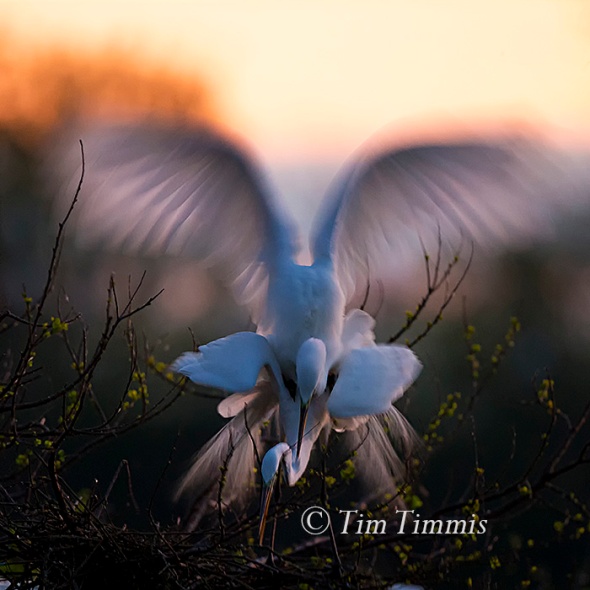