It’s always a thrill to see a wolf in Yellowstone.  Got lucky on 2 of my 4 trips to see them up close.

We saw a male black wolf and a female walking down the road on one of our trips in the snow coach.  They left the road and went into the woods.  We drove past the crowd of people trying to see them and stopped at a field next to the woods.  They came out of the woods and walked parallel to the road at a distance and then came closer.  Looked like they were going to give us a show by mating, but it didn’t happen.

Here is the beautiful female.

Day 2 in Yellowstone confirmed our suspicion that the wounded bison didn’t make it as a new carcass was discovered about 25 yds from the tree where we left her the day before.  As we approached the area, several wolves were crossing the road in front of us about 50 yds away.  It was too dark to take photos so we got out our cell phones for some video.  They went up the hill to our left to bed down with their full stomachs.

We kept pushing forward in search of frosty bison as the temperature had dipped to – 18 deg F in the park just after sunrise.  We headed towards Old Faithful and found a lone bison with some decent frost on him and got some full frame shots.  Kept going and found several bison a little further off of the road so we stopped to take some photos.  Some hiking out into the now put us in position to get some cool shots of the group.  We later found a group of bison heading towards us walking down the road that were back-lit so we bailed out of the snowcoach again.  We worked along the Madison River on our way back to the wolves. 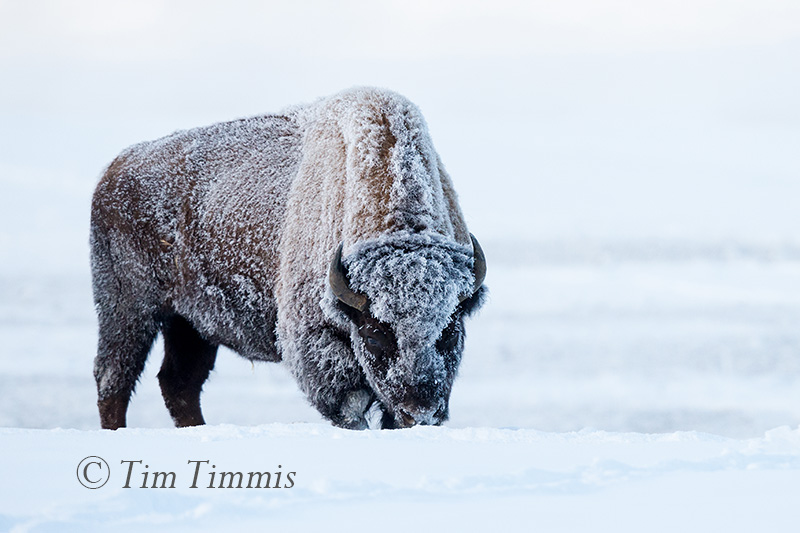 We spotted a lone wolf at the top of the hill lying down resting with his head raised and paws out in front of him.  He looked like a big puppy dot and was sleepy from having a full belly.  We photographed him for quite a while until he got up and moved.

We headed back towards our vehicle and started eating lunch near our tripods.  Food wasn’t supposed to be an element in our shooting until Jared spotted a black wolf coming out of the woods right behind us.  We quickly spun around and started shooting as he moved towards the road.  Got the shots while operating my camera in one hand and holding onto the sandwich and lens with the other.

It was an amazing experience to see a black wolf in the white snow at that distance.  The first shot below is full frame with no cropping.  He could have cared less if we were there or not as he never lost focus on his awaiting feast.  Got 67 shots of him as he came down the hill and casually walked away from us down the road. 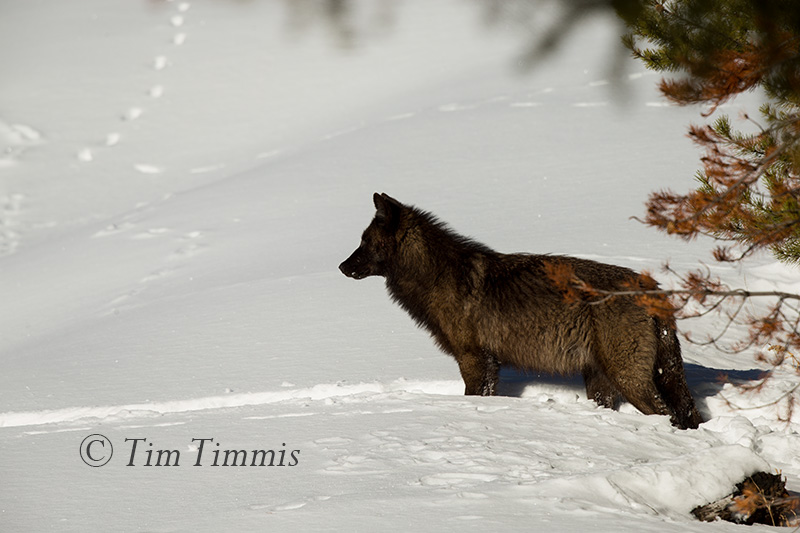 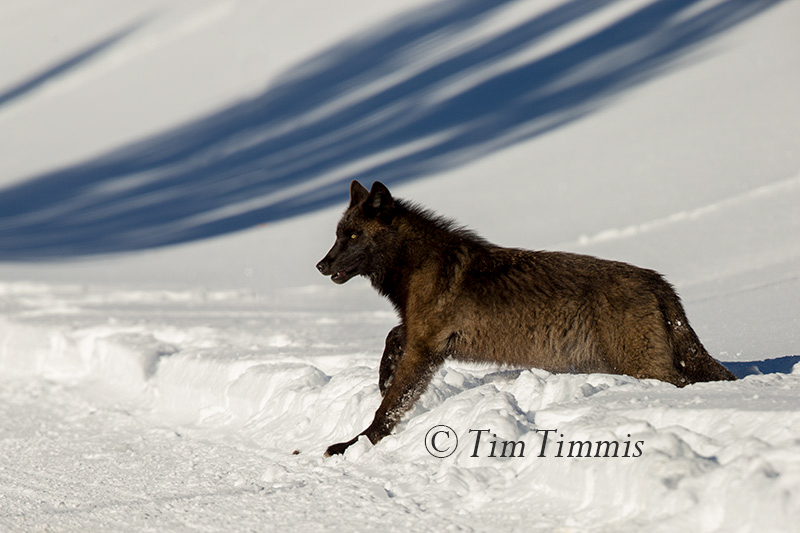 Thought that those were shots of a lifetime until he returned about 14 minutes later.  He ran up the hill only turning his head slightly to look at us near the top as he barely acknowledged our presence.  With his yellow eyes and black sculpted body, he looked like the wolves that nightmares are made of.  A literal once in a lifetime experience and I’m still fired up about it. 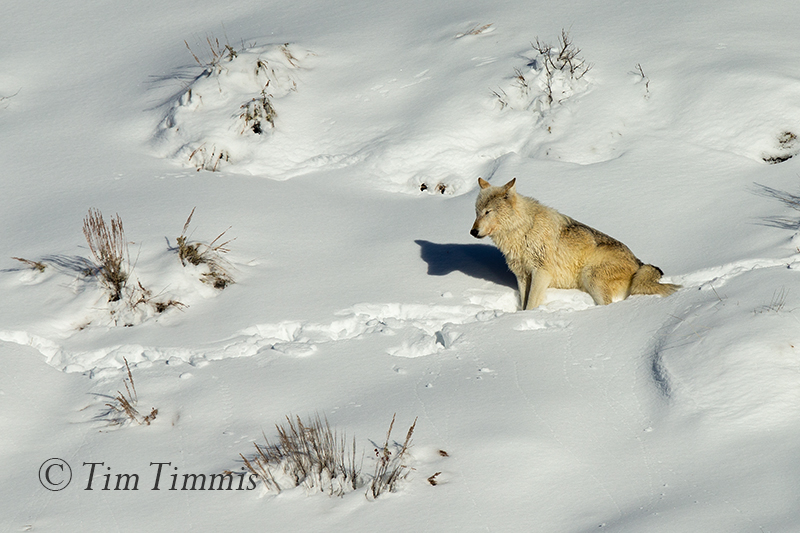