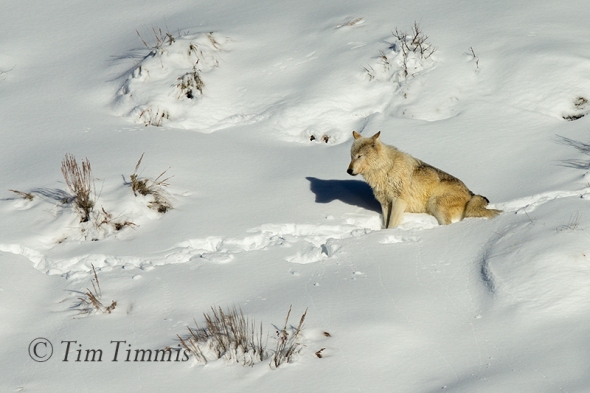 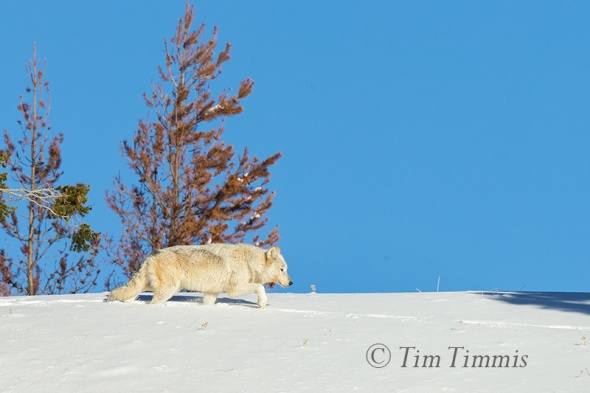 This entry was posted on January 28, 2018 by Tim Timmis. It was filed under Mammal and was tagged with Canon 1.4x III, Canon 1DX, Canon 500mm F4 IS II, White wolf, Wimberley II, Winter in Yellowstone, wolves, Yellowstone, Yellowstone National Park.