One of the highlights of my recent trip to Yellowstone was the red fox.  Our workshop leader, Jared Lloyd, knew where to find him as we headed to Larmar Valley on the north side of Yellowstone.  He was sitting on top of a snow covered boulder that helped keep track of potential predators. 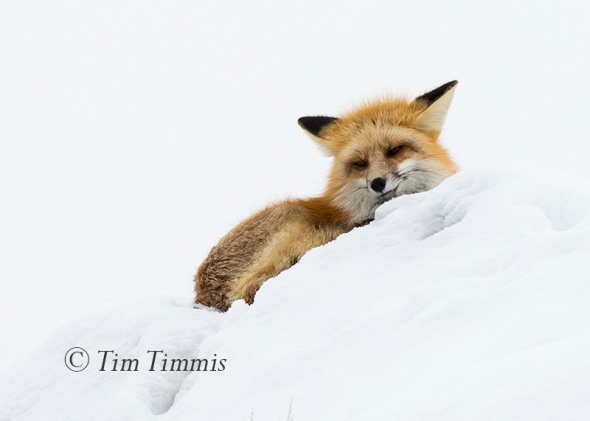 We spent about 2 hrs photographing him in the morning and came back in the afternoon.  He had moved off of the rock and was sitting near his den along side the rock.  Got a couple of shots of him and then, in my infinite wisdom, I stepped away from my camera to see where the rest of my group was.  Of course, a snowball came rolling down the hill and spooked the fox and he quickly got up.  Missed that shot but got him as he stopped and turned towards us before entering his den under the rock.

He ended up coming out the other side of then rock via the back door and climbed on top of the hill adjacent to the rock.  We got several shots of him in that position.  Some of us were thinking that we were going to leave at that point but Doug came walking up the road from parking one of the vehicles and said that we were going to stay put.  That was a great decision as the action picked up.  The fox finally got up, yawned several times and headed back to his rock.

He then got into position and jumped back onto the snow covered rock.  I was able to catch him in midair during the jump. 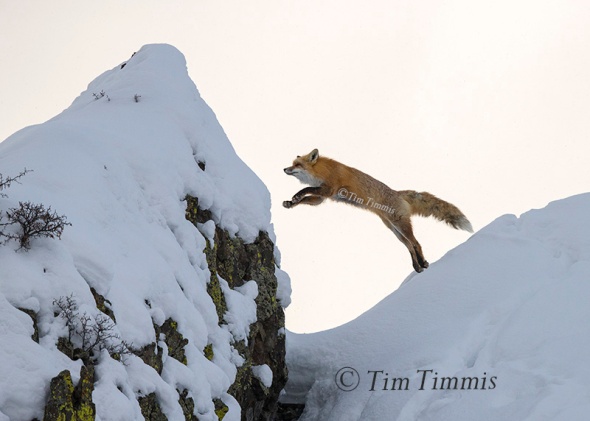 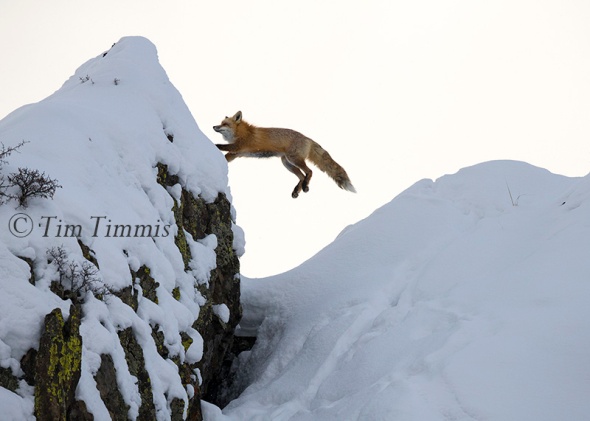 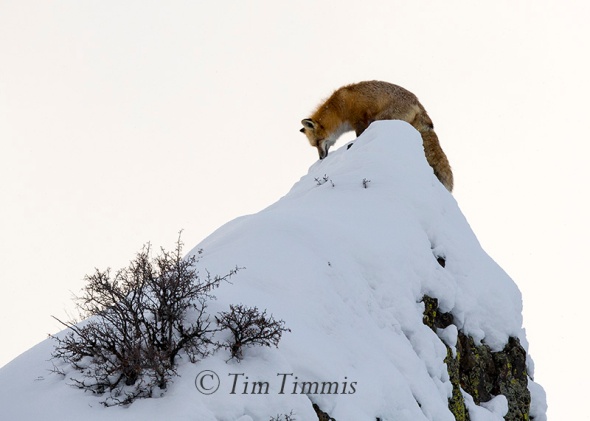 This entry was posted on February 5, 2017 by Tim Timmis. It was filed under Animals and was tagged with Canon 1.4x, Canon 1DX, Canon 500mm F4 IS II, fox, Red Fox, Wimberley II, Yellowstone, Yellowstone National Park.