A Tri-Colored First at Bolivar

Another successful trip to Bolivar Flats yesterday left me some photos that I’ve never taken there before, a Tricolored Heron.  I’ve never seen one on the flats before and was very surprised when this one showed up.  First spotted him when he literally tried to land on top of me.  Was lying on a sandbar when he had to make a quick aborted landing when he finally spotted me.  I was disappointed that he didn’t stick around.  As luck would have it, he returned later and landed right in front of me.  Must have picked a good spot.

Had to shift from +1 exposure compensation to +1/3 to keep from blowing out the whites on his chest.  Very minor cropping on this shot to get a vertical photo. 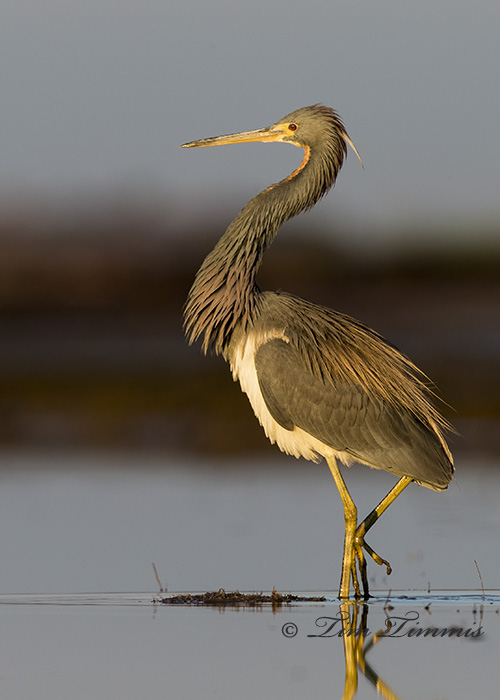