While walking back to my car, saw this Redding Egret fishing near the shoreline.  Almost kept walking as I was worn out from an active early morning shoot but decided to lay down one more time.  Glad that I did as he cooperated with some good feeding shots.

One way to get action shots with shorebirds is to start shooting a burst of shots when their head starts moving down towards the water.  Was able to capture a nice see-through splash as his head dove into the water.  The high shutter speed froze the action when the splash was at its peak.

With the light being harsh around 9:00 a.m., the colors were very muted so decided to use B&W on this one. 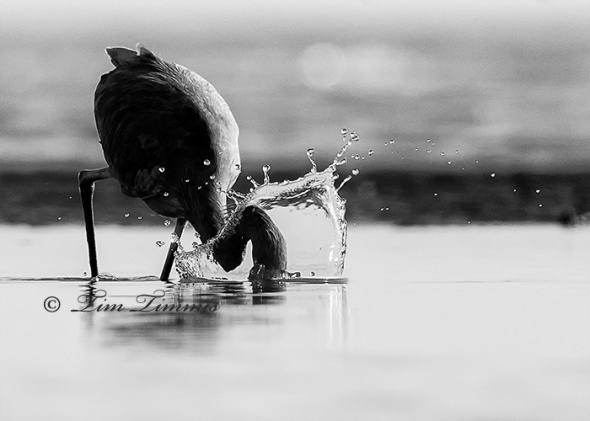