Dance of the Reddish Egret

What a difference a week makes.  At FeatherFest, Bolivar was at high tide with limited shorebird activity.  A week later, it was low tide with lots of birds.  I was disappointed that my field trip participants didn’t get a chance to see what I did.  There was another photographer already at the flats shooting when I got there before sunrise.  Good for him.  Made my way past him to check out my favorite spot and eventially hit the jackpot.

During my classroom presentation, two or my recommended tips are to 1)  keep your head on a swivel and look behind you as your best shot may be there and 2)  be patient.  Luckily I practiced what I preached and laid down and waited for the action to happen.  Was taking photos of some small shore birds when I turned around at one point to find a Reddish Egret dancing around right behind me while trying to catch a fish.  Had to turn around slow enough not to spook him.  Luckily he was more interested in the fish than me.  They are one of my favorite shorebirds to watch and photograph.  They dance around with their wings outstretched to scare the fish.  This one was in prime form and a second one joined the fun a few minutes later.

He was almost too close at 700mm but was able to get some decent nearly full framed shots of him dancing around and catching a very large fish.  I’ll save the fish photos for later. 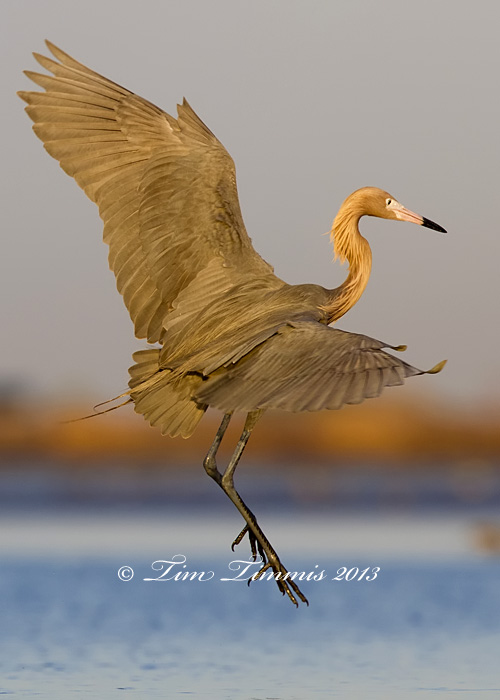