Hit the jackpot last weekend at Bolivar Flats with my shorebird friends.  The morning started out a little boring but ended up with a bang.  Tried to get close to a group of Avocets by wading out into the Gulf with my intent to lay down on a sandbar that was still several inches under water.  Decided that it wasn’t a great idea with a pricy lens in tow.  Moved my position around a couple of times and ended up lying next to a small tide pool area with several Avocets hanging out beyond it.  Couldn’t get closer without spooking them so I decided to get into a decent shooting position and wait for them to come to me, I hoped.  Was rewarded when one Snowy Egret came into my area to catch a fish.  That attrackted several more Snowy’s and other birds.  Ended up with having 6 Avocets, 6 Snowy Egrets, 3 Willets and a Yellow Legs within 30 ft of me.  They got too close at 700mm and I had to settle for head shots in the end.  A great problem to have.

It was a good day with taking 3627 photos.  Took a while to sort through them all but ended up with saving 1200 with 146 being potential wall hangers.  Here is one of my favorite Avocets from this outing.  Only cropped to a vertical shot.  More to come… 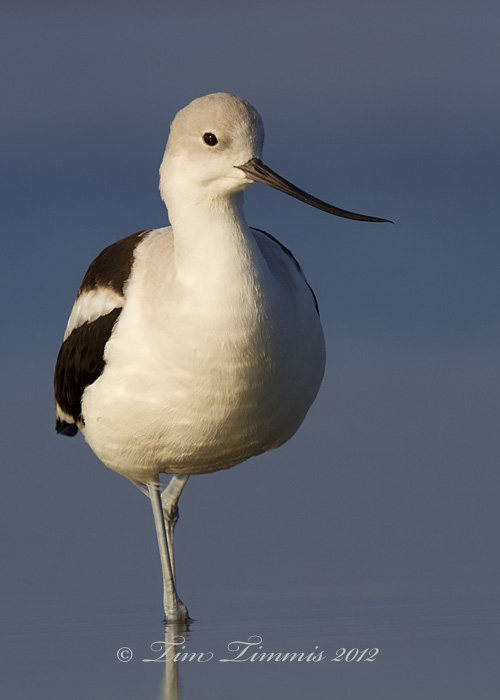