Spent this past weekend in Rockport, TX trying to find Whooping Crane at Aransas NWR via a boat with Kevin Sims.  Had a great time as always.  Thanks again Scott for the invite.

Saturday with very foggy and had to start late and tried to wait out the fog.  No luck with that strategy, so Kevin worked the shoreline.  We found three whooping cranes that were looking for crabs in a small pond close to the shoreline.  We got very luck as they worked their way towards us and ended up walking out of the pond and got very close.  Ended up having to taking off my 1.4X teleconverter as I was only getting head shots.  A great problem to have when shooting whooping cranes.

Got this stare down from the juvenile crane.  They stuck around for about 1/2 hour and then walked away.  Was a great experience. 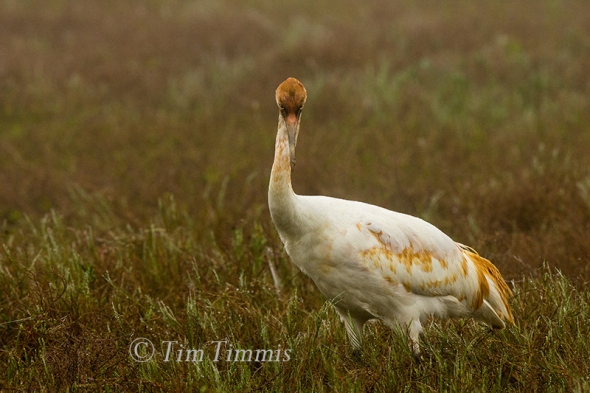 While taking pictures of a lone whooping crane, three sandhill cranes came flying in.  They apparently thought that they had power in numbers and tried to chase off the whooping crane.  It made for some very cool photo op’s.  They were almost successful when all of a sudden two other whooping cranes flew in what I thought was an attempt to save the day.  In reality, they ended up chasing away the original whooping crane.  Go figure… 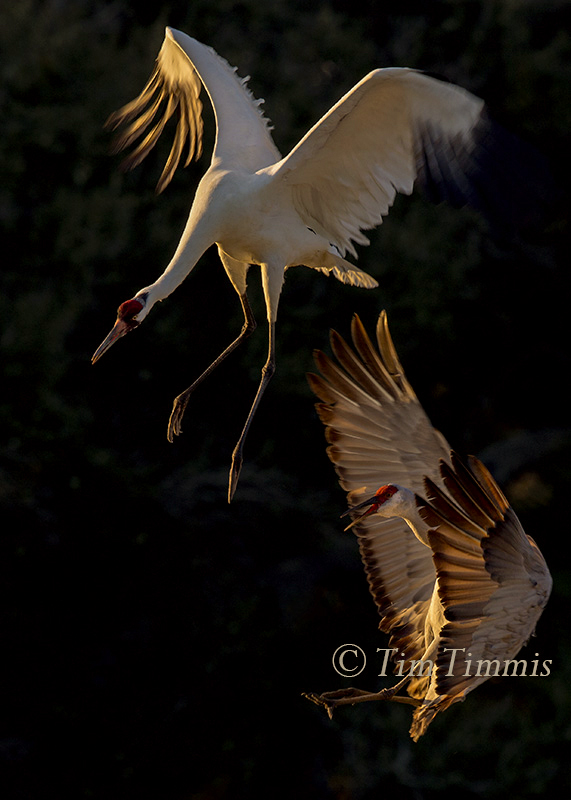