The first Flycatcher made a nice landing on the branch and then was dive-bombed by another.  The first one held his ground.  Taken at Laguna Seca Ranch. 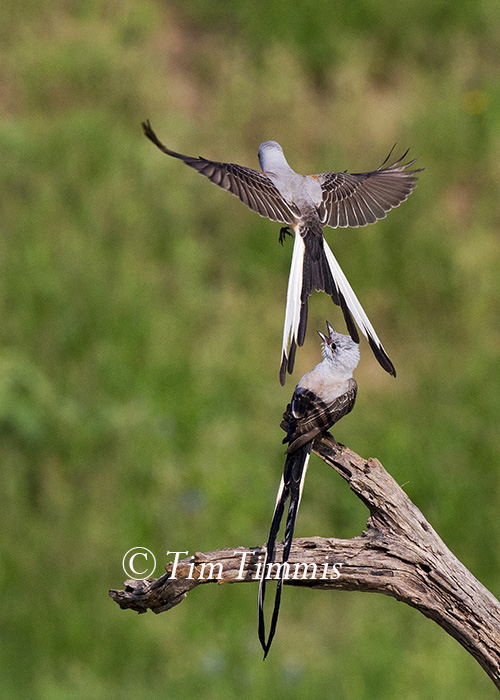 I’ve never had any luck finding Scissor-Tailed Flycatchers until recently.  I’ve spent the last couple of weekends at Brazoria NWR trying to get photos of much larger birds when I found some of these flycatchers in the same spot on each trip.  They are fun birds to shoot as they kept taking off and landing trying to catch bugs.  Got these two shots out the car window as he was taking off from his perch.  The 500mm lens worked well with the 1.4x teleconverter.