Sometimes you get the shots where you can.  This Pelican photo was while sitting in my car on the Bolivar Ferry.  I was too tired and covered with sand from my trip to Bolivar to get out of the car.  Treated this shot like a bird in flight shot by using positive exposure compensation due to the bright sky causing the camera to darken the scene.

This brown Pelican was cruising by as I was taking some low-level Willet shots at Galveston’s east beach.  I should have switched from Willet to Pelican silhouette mode as he swam towards the sun reflecting off of the water.  I’d normally use evaluative metering for silhouette shots but had the camera set on spot metering instead.  It still worked as the spot metering helped to darken the scene even though my exposure compensation was set at +2/3. 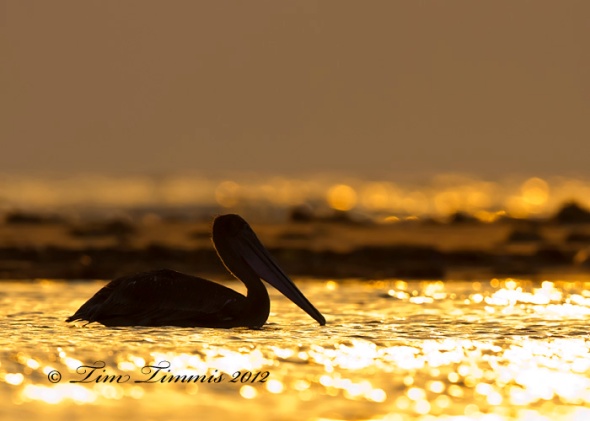 Flight of the Pelican

Here is a shot of a couple of Brown Pelicans taken from the Bolivar ferry which runs from Galveston Island to the Bolivar peninsula.  The ferry is a great place to get up close to pelicans and gulls.  The focusing on the 7D came though again on this one. 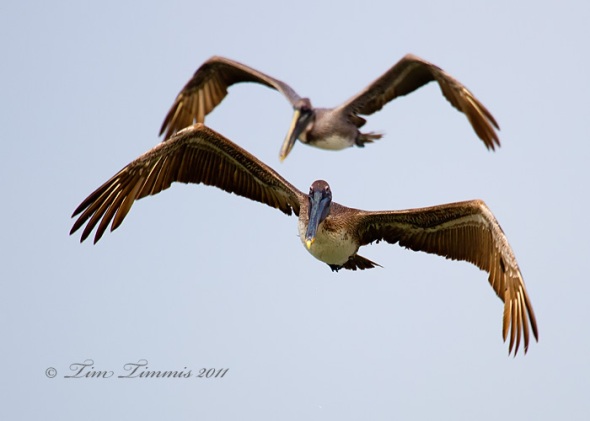