Caught this brown pelican doing a fly-by while in the prone position with my ground pod.  Got a nice series of shots with this one being one of my favorites with the wing position just off of the water.  The calm water and reflection helped as well. 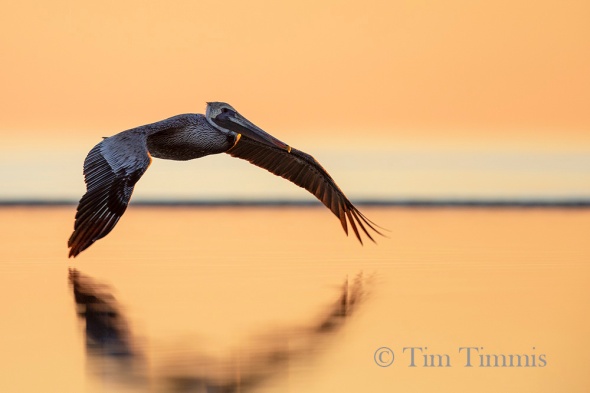 Golden light at sunrise rocks.  Got this Reddish Egret portrait shot from Bolivar Flats along the Gulf Coast on Friday.  As usual, was using my ground pod to get the low-level look.

I try to get into position about 1/2 before the sun comes up to get some cool pre-dawn color but that’s not practical with the time change.  Have to get up at 4:00 a.m. at the latest to make the 6:00 a.m. Bolivar Ferry.  Was walking out to my spot when the sun popped but it was still good.  Don’t know about the birds, but I had a great time.

Started out shooting black necked stilts when this reddish egret flew in.  He didn’t stick around long but loved the golden light on him and the weeds in the background. 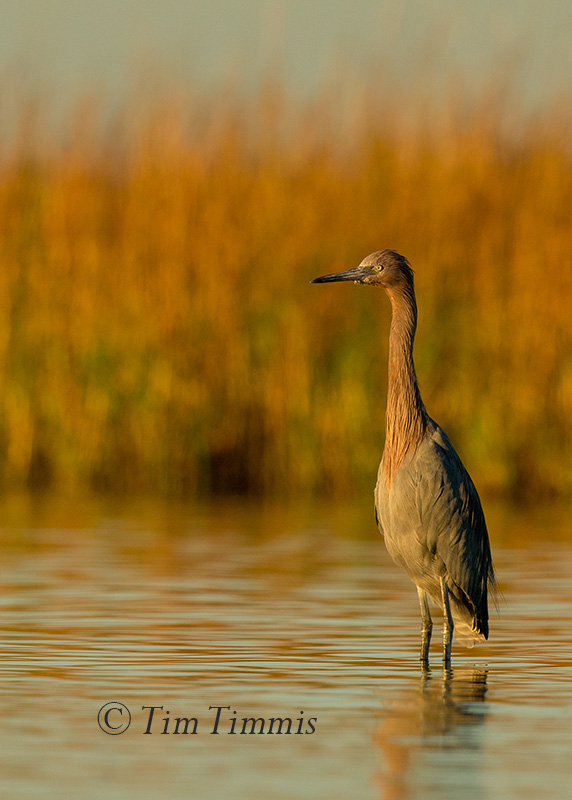