This reddish egret was stalking its prey just after sunrise.  He had his head on the down low while running towards the fish.  His legs lined up perfectly that it looks like he only has one leg with two feet attached to it. 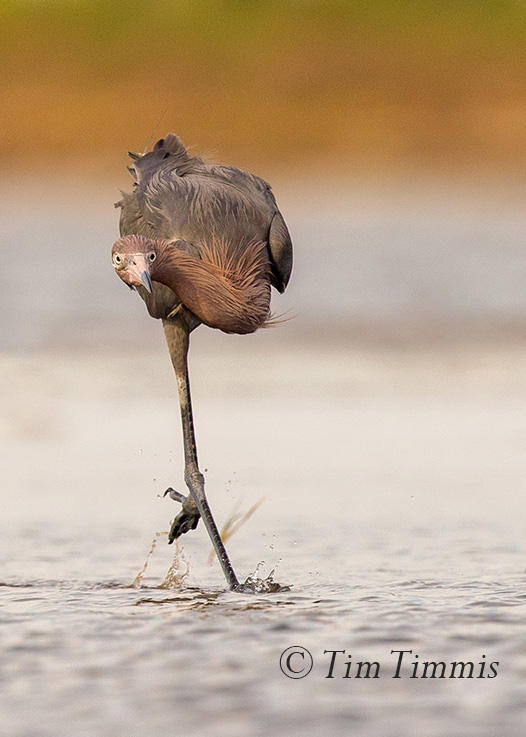