After a couple of hours shooting shorebirds, hiked back to the car worn out and ready to clean up/pack away my gear and head home.  However, this White Morph Reddish Egret was fishing just off shore close to the parking area and he forced me to lay down one more time.  Glad that I’m easily influenced by birds. 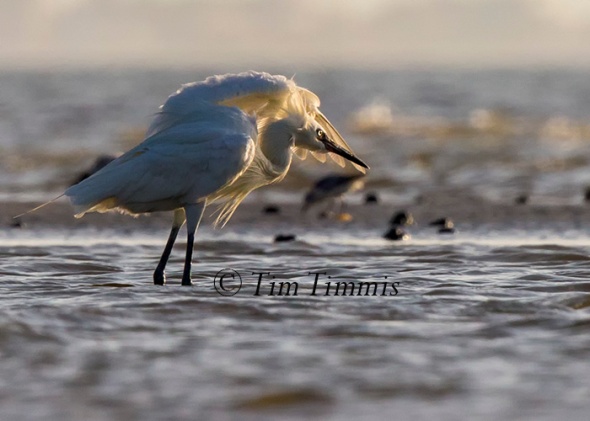