Made my second annual trip to Nebraska to see the Sandhill Crane migration along the Platte River in Nebraska.  Had a great time last year and had to try again.  It was peak timing with over 200,000 Sandhill’s estimated to be in the area.  Worked a 20 mile stretch of dirt back roads south of the Platte river east of Kearney, NE for 2 1/2 days.  Only had one day of sun but it was tough shooting during mid-day with the sun out.  It was a little chilly in the mornings with temp’s in the 20’s (deg F).

One lesson learned was that I should have taken my beanbag on this trip as my arm got worn out with handholding my 500mm lens out the car window for most of the trip.  Took my tripod but didn’t use it as I opted to hand hold my 100-400 lens while on the railroad bridge over the river at sunrise and sunset.  Ended up getting some decent sunset shots that I’ll post later.

This Sandhill was being praised as he was getting ready to stick the landing. 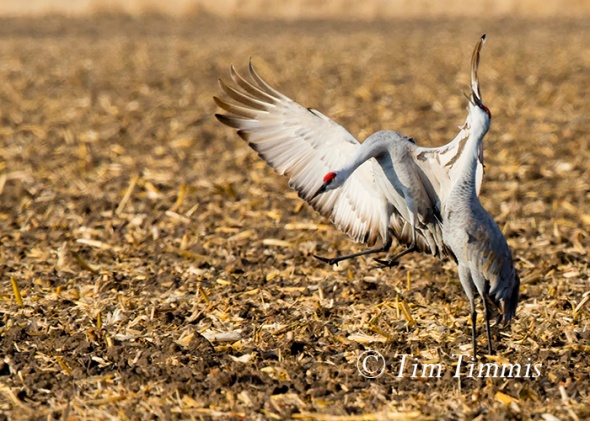 Mating dances were going on all around me, which was fun to capture. 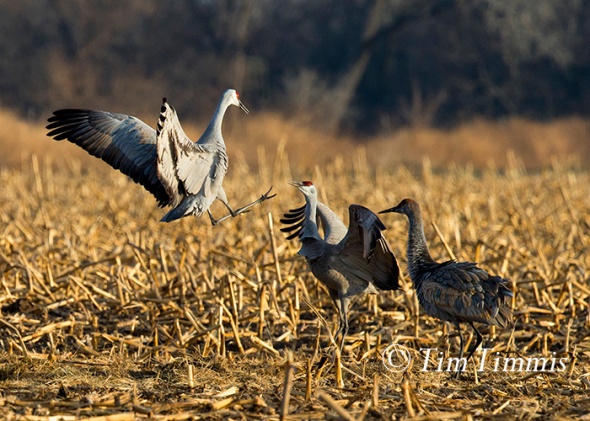 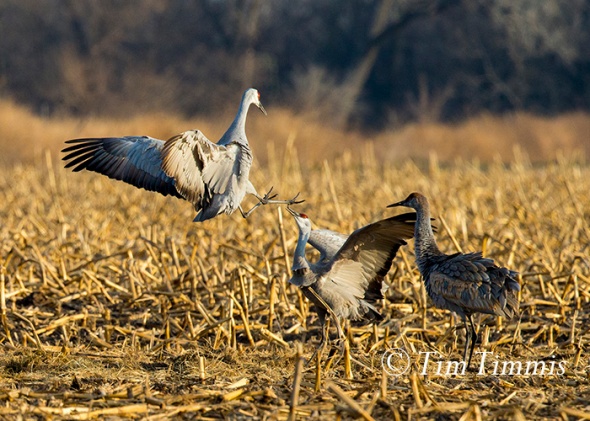 Some Cranes would pick up corn stalks from the ground and through them up into the air.  Got several shots of this behavior. 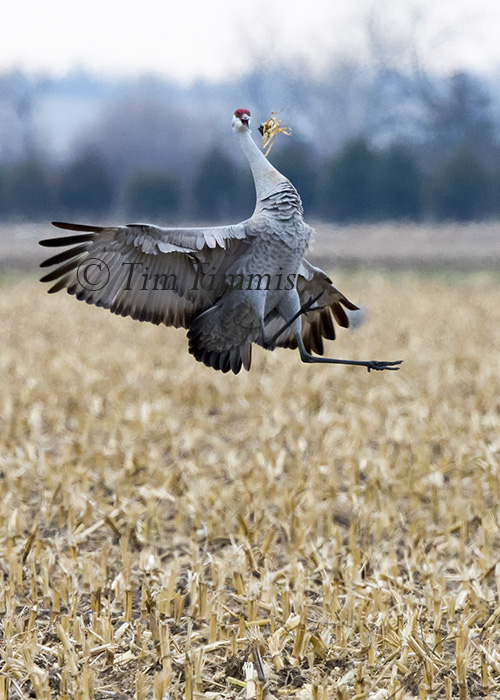 This entry was posted on April 4, 2015 by Tim Timmis. It was filed under Birds and was tagged with Canon 1.4x III, Canon 1DX, Canon 500mm F4 IS II, Nebraska Sandhill Cranes, Sandhill Cranes.