Spent several hours driving the dirt roads paralleling the Platt River in Nebraska where the Sandhill Cranes were feeding in the surrounding corn fields.  With about 175,000 Sandhills in the area, there were plenty of photo op’s.  This one had his full wingspan on display.  Had some clouds which ended up being a blessing with the color in his feathers coming out.  This nearly full framed shot is one of my favorites.  Taken handheld out the car window.  Some were too close and I should have taken off the teleconverter but didn’t want to take the time to do it. 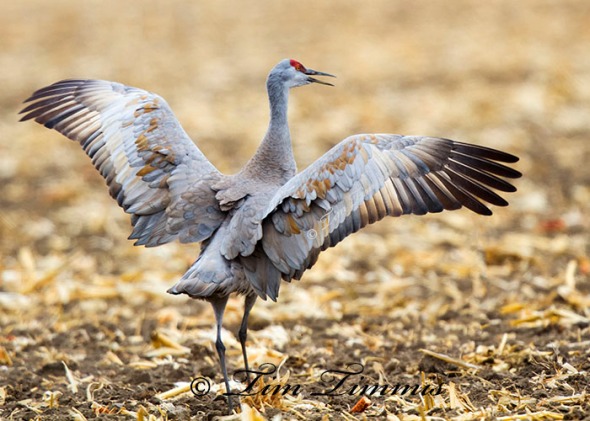 This entry was posted on April 9, 2014 by Tim Timmis. It was filed under Birds and was tagged with Canon 1.4x III, Canon 500mm F4 IS II, Canon 7D, Nebraska Sandhill Cranes, Sandhill Cranes.