Spent about 1.5 hrs lying around at Bolivar Flats yesterday taking shorebird photos.  Go figure.  As I was concentrating on a group of Willets, this Great Blue Heron started squawking above me as he circled twice and then finally landed fairly close to me.  I tracked him as he was coming in for a landing,  which was a challenge while laying down with a ground pod.  Got my sweatshirt all twisted up while spinning myself around on my stomach.  Luckily for me, he landing into the sun which produced a nice series of silhouette shots.  This one came out the best with his wings outstreatched and feet just starting to enter the water. 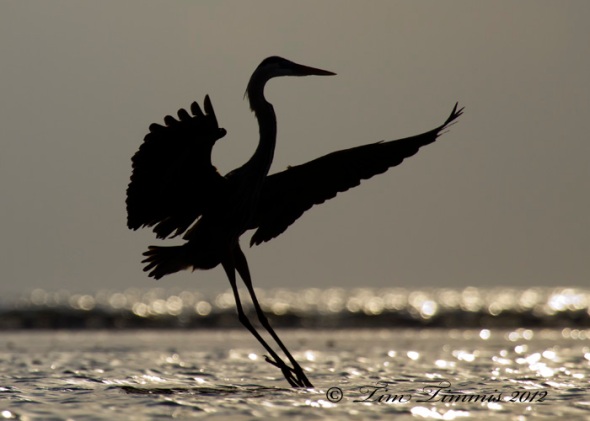 This entry was posted on April 1, 2012 by Tim Timmis. It was filed under Birds and was tagged with Great Blue Heron Silhouette, Silhouette.