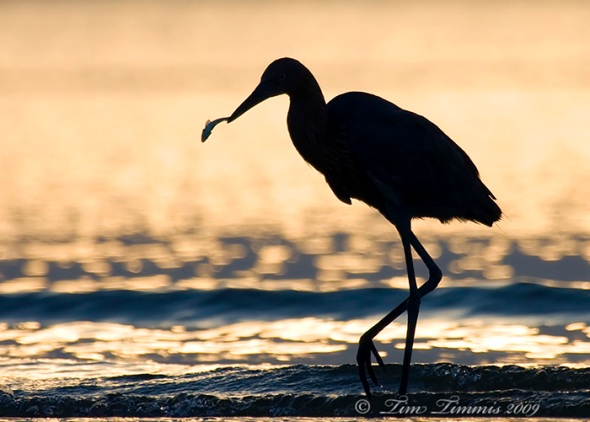 Almost didn’t get this photo of the Reddish Egret because I didn’t follow one of my own rules for wildlife photograhy: ” look behind you”.  I had been laying down shooting other birds when a couple of wade fisherman came walking up behind me and scared away all of the birds.  Really ticked me off but I stuck around for a while longer but the birds didn’t come back, or so I though.  Was about to get up when I remembered the look behind you rule and found this Reddish Egret.  He was not in the traditional “have the sun at your back” position to get a good shot.  I tend to ignore tradition and love back lit and silhouette shots so I fired away.  He caught a fish and I was able to get this shot by firing off a burst.