Meggi spotted him while will we were headed down one of the snow covered roads.  The snowcoach driver stopped suddenly, I grabbed my 500mm lens and headed to the door.  Of course, the driver was trying to grab some of his gear and hadn’t opened the door.  I started raising my voice and ended up yelling for him to “please open the door!”.  That got his attention and I started shooting from the open door.  However, the people behind me weren’t too pleased so I bailed out of the vehicle and the pursuit was on for this little critter.

In my haste to get at least a few shots before he disappeared under the snow, I forgot my hat and gloves.  Also forgot that my 1.4X was still on, so trying to quickly focus on this fast moving little critter was a major challenge.  He ran back and forth along near the road for about 20 min.  At one point he ran across the road and back and went straight for our workshop leader, Jared.  Thought that we was going to try to run up his leg.

Several other vehicles stopped while we were there to get photos.  It was lots of chaos but also lots of fun.  Had to sneak back to the bus at one point to grab my hat/gloves and take off the teleconverter. 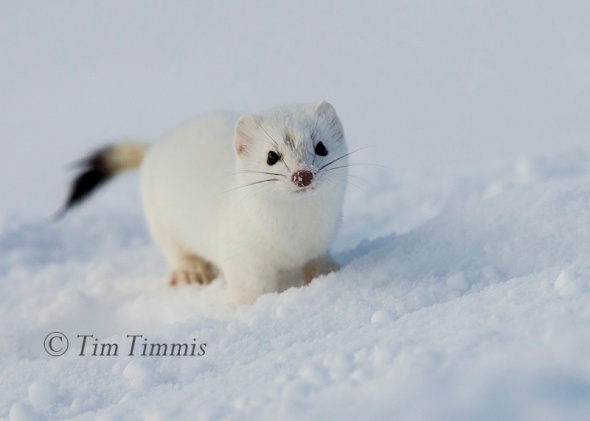 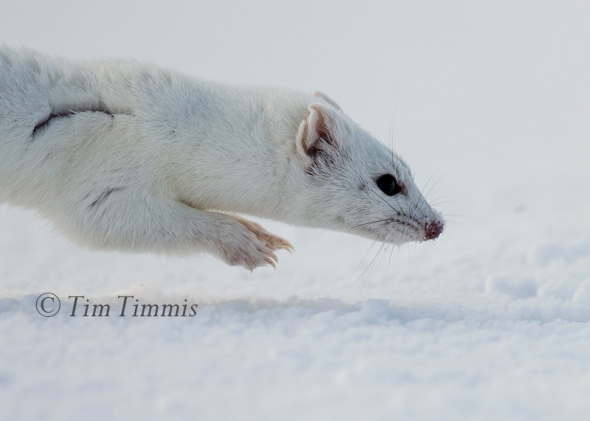 This entry was posted on February 16, 2017 by Tim Timmis. It was filed under Animals and was tagged with Canon 1.4x, Canon 1DX, Canon 500mm F4 IS II, Long-Tailed Weasel, Yellowstone, Yellowstone National Park.